This PDF from Advanced Armament Corp extolling the virtues of the .300 AAC Blackout vs. 5.56mm includes a curious section: 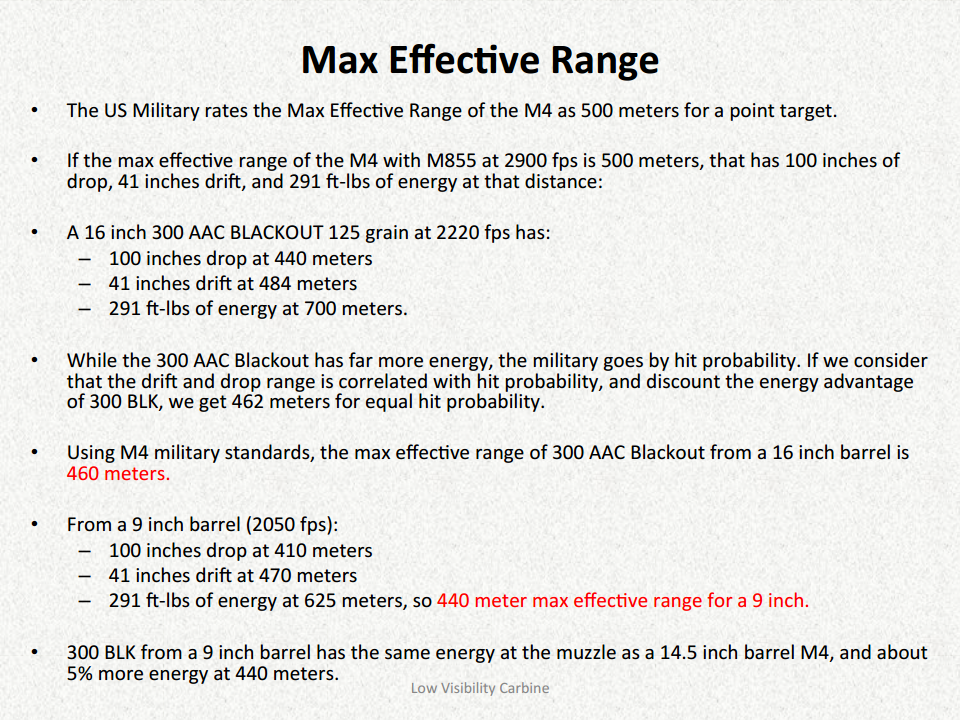 Boy those sure are some impressive numbers for an overgrown .30 Carbine! Do they reflect reality, though? Let's check JBM's ballistic calculator. First, we'll need to find a ballistic coefficient figure that reflects a 125gr .300 Blackout load. Here's a very impressive looking Sierra 125gr Matchking, but it's BC is in G1, not G7 like we want. Fortunately for us, JBM has a drag function converter. Using this, we get a G7 ballistic coefficient at 2,220 ft/s of .170. Now we can plug all this into JBM's trajectory calculator to see if AAC's claims are accurate. For this, we'll leave energy in ft-lbs, but change range to be in meters: 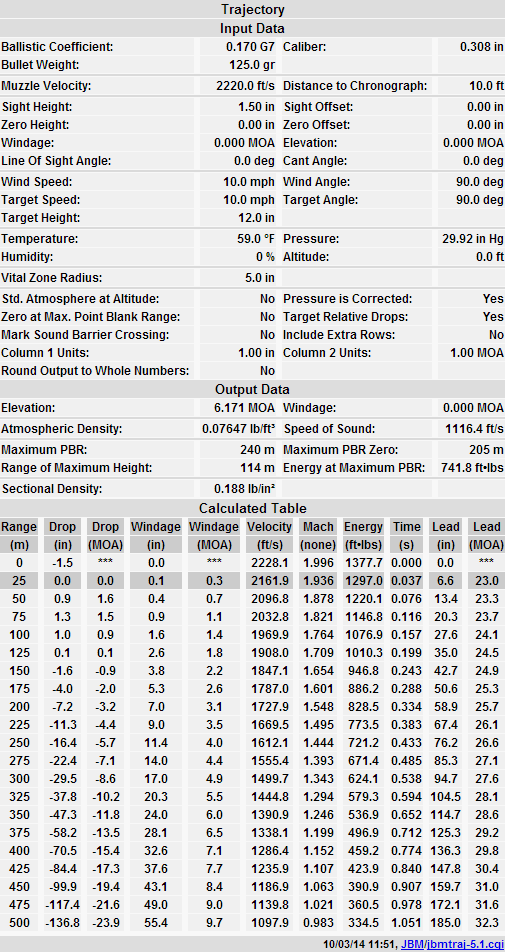 That's... Pretty much right on the money for AAC's claims. What about their numbers for 5.56mm? 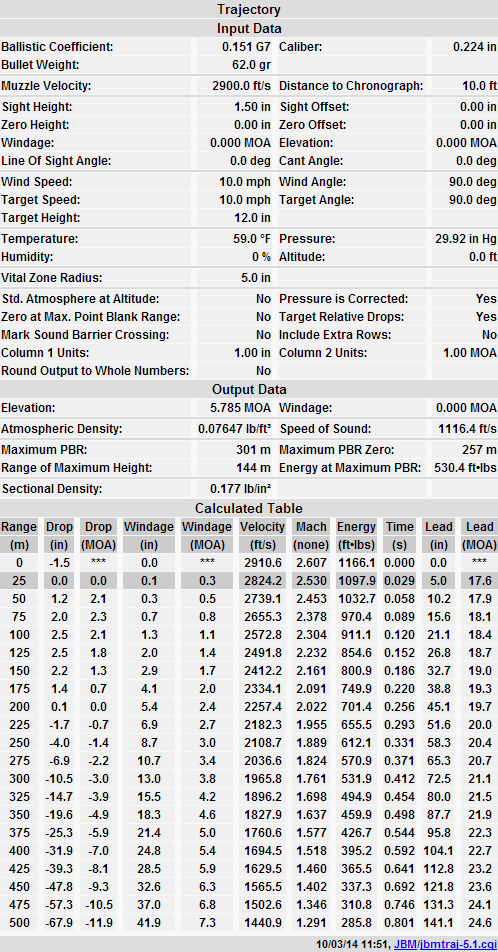 Not even close, for trajectory.

Reevaluating this, if we take 5.56's performance at 500m as a baseline for "maximum effective range", then it out-ranges .300 AAC Blackout by about 110m. Further, it's worth noting that at 250m, 5.56 has less than a quarter of the drop, thanks to its laser-like trajectory, which enables the 25 yard combat zero. Worse, 5.56 actually generates slightly more energy per pound than the 125gr .300 AAC Blackout, with 23.8 ft-lbs/gram, vs. 22.7 ft-lbs/gram (how about those units? Working in firearms sure is fun!). It's also worth remembering that larger FMJs tumble less readily than smaller ones and will deposit less of their energy into a human target, something I can't seem to repeat often enough.

So does all this make the .300 AAC Blackout a bad cartridge? No, I don't think so. It seems like an interesting concept, being able to switch from a quiet subsonic cartridge to a harder-hitting and longer-ranged supersonic one without changing any hardware other than the magazine. Of course, the high speed low drag types in my audience will have to tell me whether that sort of concept is attractive to anyone other than readers of Tactical Life magazine, but it's certainly still worth looking at.

What this does remind us is to trust but verify any data you see in a manufacturer's pamphlet or public materials. In this case, it really does seem like AAC had no problem "massaging" the numbers to make their cartridge look better than it really is.

Posted by Nathaniel Fitch at 9:18 AM